I'm calm enough to write this now. Usually I try to keep my emotions out of customer idiocy but this was a bad one. Two guys come in during the day (we think they were drunk) when we were not there and clean seal coat out of the back of their truck and some equipment. They got it everywhere. All over every item in the bay and every square foot of bay walls and floor. On the changer, footprints leading to the changer and tire tracks and a large dump of it on the concrete exit apron. They did not have a front license plate and their tailgate was down so we could not get a reading on the rear plate. To give you an idea of how much was still coming out of the truck afterwards we followed the trail for miles across the city before it started to disappear. The police could not help without a plate so we are on our own to find them and find them we will. On to the cleanup: Most of the signs came clean with bug and tar remover but of course the meter box door decal and another custom sign is ruined because of yellow staining left behind. We are fortunate that I was able to get it out of the Cryptopay swiper slot and the coin mech works fine. Pressure washing with 3,600 psi and a turbo tip seems to get the thick film off of the concrete floor but it is leaving some residue. After getting the thick parts off then I put some Xylene on it and then pressure washed it again but is still leaving most of the residue. The block walls are much harder to get clean and I'm thinking it is because it is mostly thinner spatter. The areas where it was thicker it is coming off better but not the lightly spattered areas. It might take several treatments.

Is there a better chemical to get the residue out of the concrete than Xylene?

I assume the Xylene will ruin our bay signs so is there a really quick way to mask or coat them with something so I can clean the walls? Otherwise I would have to drill the rivets out and reinstall. This is also a good question for acid washing the walls which we have never done.

After getting everything clean is there a good way to make this easier next time? I'm sure we can seal the walls but is there some type of industrial wax for the signs and decals?

IF we were to install the tongue and groove vinyl wall coverings would the seal coat leave yellow spots after removing it? I would imagine that some of you that have this in your bays have been through this before.
R

I feel your RAGE! and your pain. I had the same thing happen a couple of weeks ago. I just kept working on it with the pressure washer and got most of it removed. Fly by night operarator, POS truck and trailer, no plates.

I worked on it again today and noticed it comes off reasonably well from the lower and middle portions of the bay walls with the Xylene and my pressure washer. The upper portions and the ends are not coming clean and I assume that is because there is not any wax build up there. I'm going to need a stronger chemical or a different technique. I doubt higher pressure would help much because mine with the turbo tip will eat the mortar out no problem. Would an acid cleaner like Kleen-Wall do better?

Kerosene works too.
Like Randy I also had a chronic sealcoating washer issue. The key is to get it off before it drys completely, 24 hours or less.
The guy that used to do my asphalt patching once told me that there is a chemical that will take the sealcoat off. He is in jail now, otherwise I would ask him. Maybe if you call one of the local paving/sealcoating companies they can help you out.

Would diesel work as good as kerosene or would it stain because it is not clear? I have plenty of diesel around but would have to buy some kerosene. The last time I tried to buy kerosene the gas station attendant turned the pump off and yelled at me because my container was not blue. What about D-Limonene?

OurTown said:
I assume the Xylene will ruin our bay signs so is there a really quick way to mask or coat them with something so I can clean the walls? Otherwise I would have to drill the rivets out and reinstall. This is also a good question for acid washing the walls which we have never done.
Click to expand...

I don't know about xylene, but in my experience I've never had a sign harmed by acid cleaning unless it was already compromised. A good quality sign made of Lexan laminate on an aluminum backing won't be harmed at all. Some of mine are coated steel with vinyl lettering and clean up like new with acid.
K

When my dad had his wash and detailed he used a little kerosene to rub off splatter from tar when the roads were being paved in the area. It softens it up and always worked but he usually washed the car a couple times after using so be careful. Hate that happened and hope you find them.
E

OurTown said:
Would diesel work as good as kerosene or would it stain because it is not clear?
Click to expand...

Diesel should do the job.

I tried diesel today and it doesn't even take a small amount off.
E

It may depend how long the sealcoating has been on there. One of the keys is dwell time, Did you let it sit a minute or two before seeing how it worked?

Earl Weiss said:
It may depend how long the sealcoating has been on there. One of the keys is dwell time, Did you let it sit a minute or two before seeing how it worked?
Click to expand...

I let it set about a minute. The Xylene would make it visually break down immediately so I may have to some more of it. I was just looking for something that wasn't quite as nasty.

When i had my detail shop I found a industrial ZEP product made from Orange rinds that worked great and was environmentally OK. Seal coating companies use this orange based product to clean their trucks.

Might be worth shooting pgrzes a PM, he owns a sealcoating business.

soapy said:
When i had my detail shop I found a industrial ZEP product made from Orange rinds that worked great and was environmentally OK. Seal coating companies use this orange based product to clean their trucks.
Click to expand... 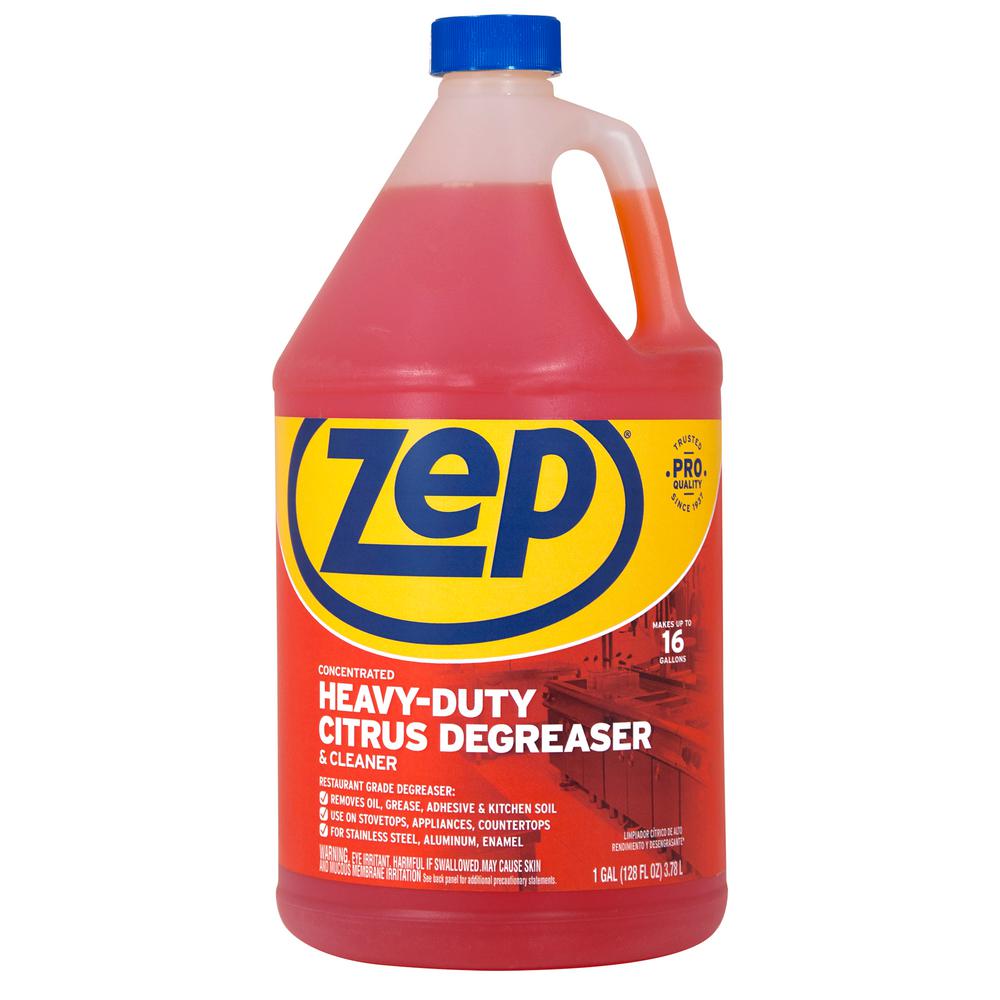 Remove grease, dirt and oil from ceramic, plastic and painted surfaces with this ZEP Heavy Duty Citrus Degreaser. Easy to use.
www.homedepot.com
S

OurTown said:
we are on our own to find them and find them we will.
Click to expand...

I hope you do, and I hope they get everything they deserve to come at them. No excuse for their behavior.

Overachiever said:
Might be worth shooting pgrzes a PM, he owns a sealcoating business.
Click to expand...

Thanks. I just did.

I'm getting the bay halfway decent now but I tried a small section of the apron and it is crazy bad. With just the pressure washer it takes almost none off but with the Xylene it takes more than half off. While I was at the hardware store I picked up some De-Solv-It and it turned to be a joke. I really don't want to use Xylene on the apron unless I absolutely have to because it will go straight down the storm sewer. Not that putting it down the sanitary sewer is all that great but I noticed it floats and most might stay in the oil separator for later collection. Maybe once I get this all figured out I will edit some of these words in case the environmental overlords read this in the future.

I looked at our local tool rental place and they have a few different options for hot pressure washers. One is a 3,500 psi 3.3 GPM with kerosene fired 200F heater. The other is a trailer mounted 3,000 psi 3.9 GPM with kerosene fired 200F water heater OR 225F steam. Would something like one of these work? Is there a professional service out there that might have a way to remove this stuff?

I might try the Zep citrus degreaser before trying anything else new if you guys think it might work after all I tried. Would some 100 percent D-Limonene be better than the Zep?
P

Look and see if you have a Sealmaster distributor or a Neyra distributor in your area. There is a product called solveall that is used by sealcoaters to do some cleanup. It might work along with elbow grease. If it was a water based product and cured? It will be a pita to get off, if it was petrol based they are a little easier with another petroleum based cleaner. If no distributor local I am sure you can get online.Again Solve-all is what I used when in the business and we had a splash out or a hose burp.