Below was a link that one of my laundromat forum friends shared that at some point could be a "not so pleasant wake up call" here in the USA. 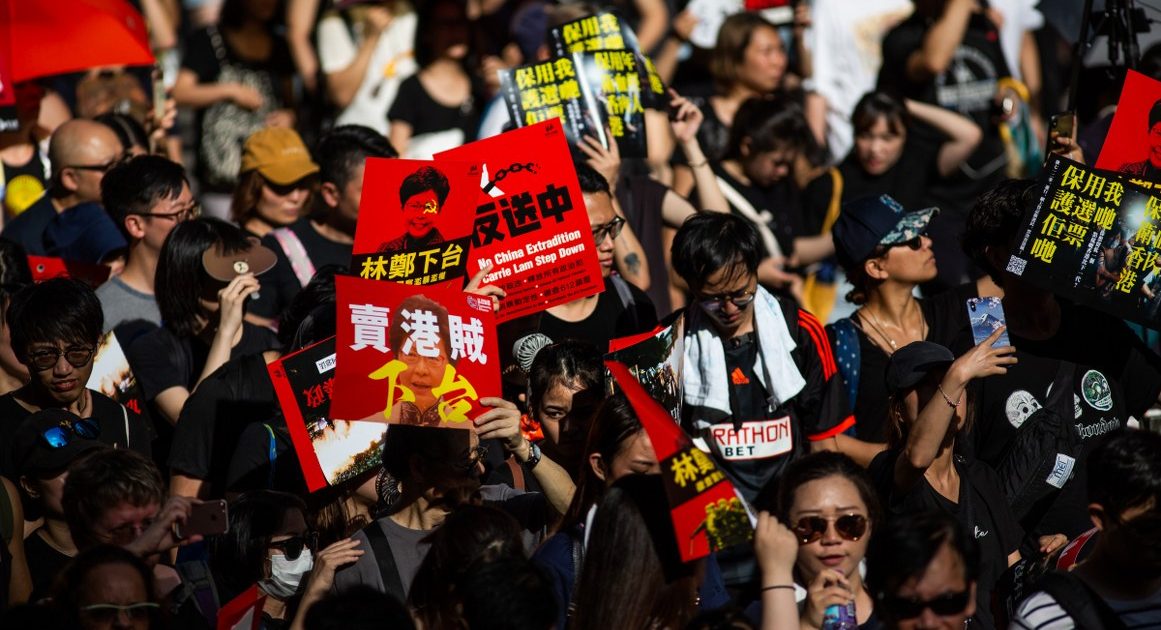 Many digital payments can be tracked, potentially assisting an authoritarian crackdown.

Your posting of this reminds me of a news story from years ago where police set up signs during a holiday weekend along the highway through town that read "DRUG CHECKPOINT AHEAD" which sparked outrage. They had no checkpoint and weren't even pulling random people over, they just set up the sign and watched for suspicious activity. One idiot the news interview said "It's an invasion of privacy!" So effing what, don't drive around with illegal drugs in your car and you don't have to worry. I certainly don't give a $hit if people in China are worried about getting caught and extradited because they can't make their travel plans with cash.

I personally agree with the writer of the reason.com article that people everywhere should be concerned about all parts of the world where conditions are allowed to get to the point where it is a bit too easy for unfair persecution-prosecution to take place.

Also it may be a good idea to be vigilant against similar conditions that could also occur in parts of the USA. 100% cashless does seem to give extra tools for some unsavory manipulators more so than in a society that keeps cash a healthy option. Some of our fellow self service operators are from Canada so they may have some thoughts on ... especially relating to "higher denomination coins (cash)"!
S

MEP001 said:
So effing what, don't drive around with illegal drugs in your car and you don't have to worry.
Click to expand...

In California, police announced creation of random DUI checkpoints. Outrage followed, so the checkpoints were "only on Christmas Eve and New Year's eve, well marked, with plenty of ways of escape for anyone who didn't want to drive through.

You guessed the rest. Slowly, over time, they became prevalent on any night of their choice, place of their choice, and without being clearly marked and no escape if you didn't want to drive through it.

The municipality of Berkeley, CA then took it a step further. Expanding "random DUI checkpoints" to "random gun checkpoints." Forcing owners of cars to pop their trunk to see if a weapon was in there.

Maybe you are unconcerned with the issue, but I am not. And I strongly support Law Enforcement. But also my privacy.
K

Random gun checkpoint in WV is any public place. Look around randomly and you’ll see someone carrying a gun.

Sequoia said:
Maybe you are unconcerned with the issue, but I am not. And I strongly support Law Enforcement. But also my privacy.
Click to expand...

Sequoia you make some good points. My dad ... while he was on this earth .... was a lifetime peace officer assn member ... & he would be the first to tell you that law enforcement & their supervisors' motivations can be sometimes very destructive.

There can be even more at stake ... especially if the situation can be to totally squelch & have crooked litigation against needed public input like in the case of the article. 100% cashless takes away a natural safeguard IMHO.

Being someone who personally somewhat laughingly rakes in very significant "cc rewards" I am not overly into CC payment bashing. What I am ... is very much against a long list of impediments clearly perpetrated on any society to diminish the usage of cash unnecessarily. Then the ceo perps combined with bought, sold & paid for media ... theatrically pretend they had no role in the impediments. Add to that ... some overzealous govt & political operatives very well may go along for the free extra manipulation-speculation tools knowing the cost for many citizens to fight the unfair entanglement result.
J

Unfortunately, privacy and security are 2 sides of the same coin. Which means you have to choose a percentage of one and give up that percentage on the other. The injustice is the privacy invasion of the innocent, but the innocent would usually love to invade the privacy of the wicked to prevent them from carrying out their will. Its hard to decide where to put that divider when you think of all the weirdos in the entire country and not just yourself. The awesome thing about this country is our freedom allows that line to find its own best location... Its right where everyone on both sides are equally pissed off.

Sequoia said:
Maybe you are unconcerned with the issue, but I am not. And I strongly support Law Enforcement. But also my privacy.
Click to expand...

Same here, but FWIW I don't do anything that I have to worry about getting in trouble over if I get pulled over. And as far as privacy, you don't have to consent to a search. I see videos on YouTube all the time where the social justice warriors and the Moorish Americans and the sovereign citizens take it so far that they won't even answer the simple question of "Do you have drugs/guns/whatever in your car?" If they just say no, 99% of the time they would just allow them through, but these people cause all sorts of problems for themselves because they decide to extend their rights farther than local laws allow. I respect law enforcement, I'll answer their questions, I'll provide ID when asked, I'll tell them I have a gun secured in the back of the vehicle, and I know I don't have to worry about an illegal search.
K

This may be a simplistic response to the cashless discussion, but on Saturday (a rare sunny and perfect Saturday) some genius knocked down the main internet cable feeding my ‘hood. Crypto pay was down for 10 hours and I was darn glad my wash also takes quarters.
A

The Cryptopay "brain" unit stores all cc transactions if offline, and will send them thru once internet connection is re-established.

Axxlrod said:
The Cryptopay "brain" unit stores all cc transactions if offline, and will send them thru once internet connection is re-established.
Click to expand...

Right, that's what they told me when the outage occurred. And (hopefully all) of the transactions did eventually trickle in once we were back online. But I'm still not willing to bet the farm on the promise of fail-proof technology, and a little black swiper box that gets blasted with high pressure soap and water multiple times per day.
Last edited: Feb 11, 2020
E

KleanRide said:
Right, that's what they told me when the outage occurred. And (hopefully all) of the transactions did eventually trickle in once we were back online. But I'm still not willing to bet the farm on the promise of fail-proof technology, and a little black swiper box that gets blasted with high pressure soap and water multiple times per day.
Click to expand...

I got lost somewhere. On the one hand you had an issue with the internet being down (been there) . Thankfully Cryptopay can help solve this and although I don't use it some providers like Comcast will sell you a back up system. As far as betting the farm ... I have a spare swiper for that time when one may go bad on a busy day. Or, is your concern that the swiper didn't save the data? I am not sure - does anyone know if the data is saved in the swiper or coordinator?
K

Earl Weiss said:
Or, is your concern that the swiper didn't save the data?
Click to expand...

While my crypto system has been working well overall (and as designed during the recent internet outage) I'm just inherently cautious about relying too much on technology. Point being: I'll never go completely cashless because there's no guarantee that all of Crypto's systems are going to work perfectly all of the time. Especially when those swipers are exposed to so much abuse from the wash elements and customers. Quarters are easy, my customers like them, and there's little risk that my entire wash won't accept them on a given day/time.

Closeby "cash providing" ATMs could help mitigate those times when CC-Phone payment is down.

Assuming the ATM has a dedicated communication system. Does yours, or if your internet goes out does the ATM also fail to work?

I was not necessarily referring to the one (over 8 years now) we have in our laundromat ... just that for many customers any close enough by ATM might make the difference of customers being able to use KleanRides cash option vs driving away without cash. ATMs can be set up with various backup paths ... ours is rarely down ... also many are built in a concrete wall ... similar risk ... as a change machine.